Looking After the Next Generation of Boys

Camp Schodack has been offering amazing summers to boys since 1957. In that time Schodack has been guided by the same continuous philosophy and values as when it first started: to foster independence, fun and friendship among all our campers. Schodack has been handed down from generation to generation of the Krouner family and is now under the direction of Matthew Krouner, a clinical psychologist, and his family. Schodack is considered a second home to the thousands of boys who have spent their summers there for over 60 years.

With all of the pressures that 21st Century living can put on young men and boys, part of Schodack’s mission is to maintain some of the simplicity and genuine joy of childhood for our campers.

We do this, in part, is by maintaining policies such as no technology on camp. Believe it or not, because of the wonderful activities and opportunities they have access to our campers relish the chance to leave their phones, laptops and screens at home and enjoy deeper social interactions with their peers. We offer a chance to develops personal skills and independence, wit an emphasis on community and friendship.

We believe that strong role models are of utmost importance to the growth and personal development of the boys at Schodack. This begins with our leadership team who have hundreds of years of camping between them. We also prioritize hiring the absolute highest quality staff from around the US and internationally. We have proudly hired international staff from the United Kingdom, Canada, Australia and more since 1981 and we have always been impressed by the impact those staff have on our campers.

The majority of our staff however are homegrown, often having spent many years at Schodack, first as a camper and then moving on to become a part of our two-year Leadership Trainee program. This training program offers them a chance to further develop their skills in a number of areas. It is at the end of those two years that they graduate and many choose to come back as staff to create the same positive experiments for our young campers that they themselves had when they were campers. Each summer over 90% of our bunk staff have attended Schodack as former campers and graduated out of our training program. This continuity, from the leadership team on down, is part of what makes Schodack such a special community. 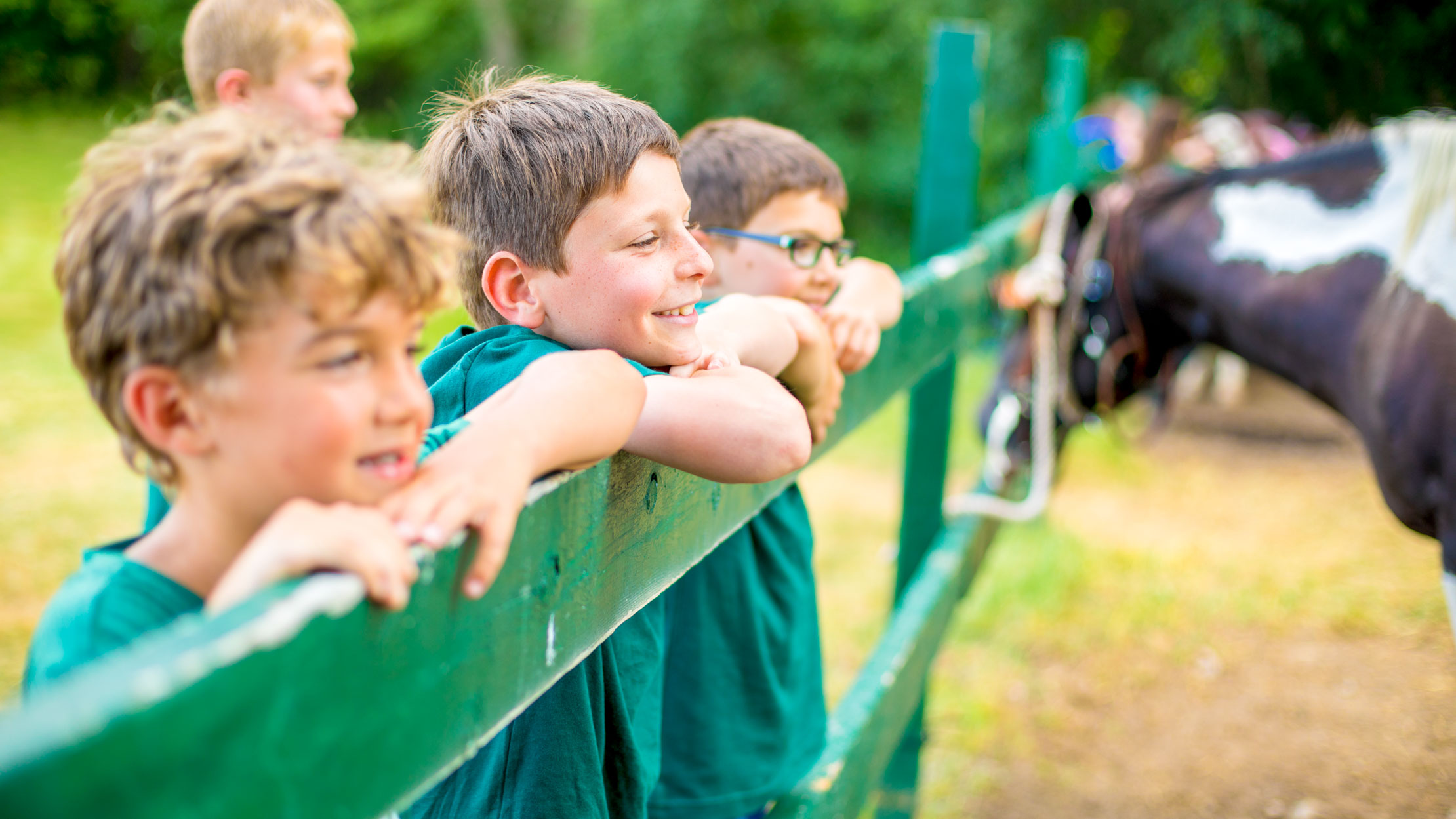 Helping Boys Be Their Best

Personal growth and development is at the heart of what we do at Schodack. We truly believe that one of the greatest things a summer away at camp can give a young person is the chance to grow and develop their independence. We encourage all of our campers to try new things each day, whether that is a new sport or activity, a trip to a place of interest that they have never experienced before or to engage with other boys they haven’t met yet. Our daily and weekly schedules are set in such a way as to make all of those things possible.

With a mixture of structured and choice periods throughout each day your child will have the chance to try out many new activities and get lots of the ones that they love most. Alongside our regular program we offer cultural and adventure trips off camp which provide exhilarating visits to state parks, adventure courses around New York and other exciting sites. We also offer competitive sorting trips with inter-camp games and competitions at other camps across the Northeast. For boys who are competitive athletes, these opportunities provide an opportunity to compete at the absolute highest level.

The great outdoors is a beautiful backdrop and essential ingredient for any boys’ summer camp experience. We are in an ideal location near Albany in the Capital Region with easy access to Boston and New York City as well as the whole of the North East. Our location near the Adirondacks and Berkshire mountains means that our campers have access to all that nature can offer.

Our location also allows us to facilitate a number of amazing trips and experience for our campers.

The Camp itself is set on 100 acres of private land that consists of 40 acres of open fields and lawns with a further 60 acres of woodlands surrounding the property that are perfect for exploring on foot, mountain bike or horseback. We offer trips to nearby areas of cultural interest as well as adventure trips including white water rafting, overnight trips to State Parks, caving adventures and more. Many of our campers also take additional trips to Canada each summer whilst our oldest Campers visit Lake Placid and Boston. Every summer spent at Schodack is so much more than just another summer.