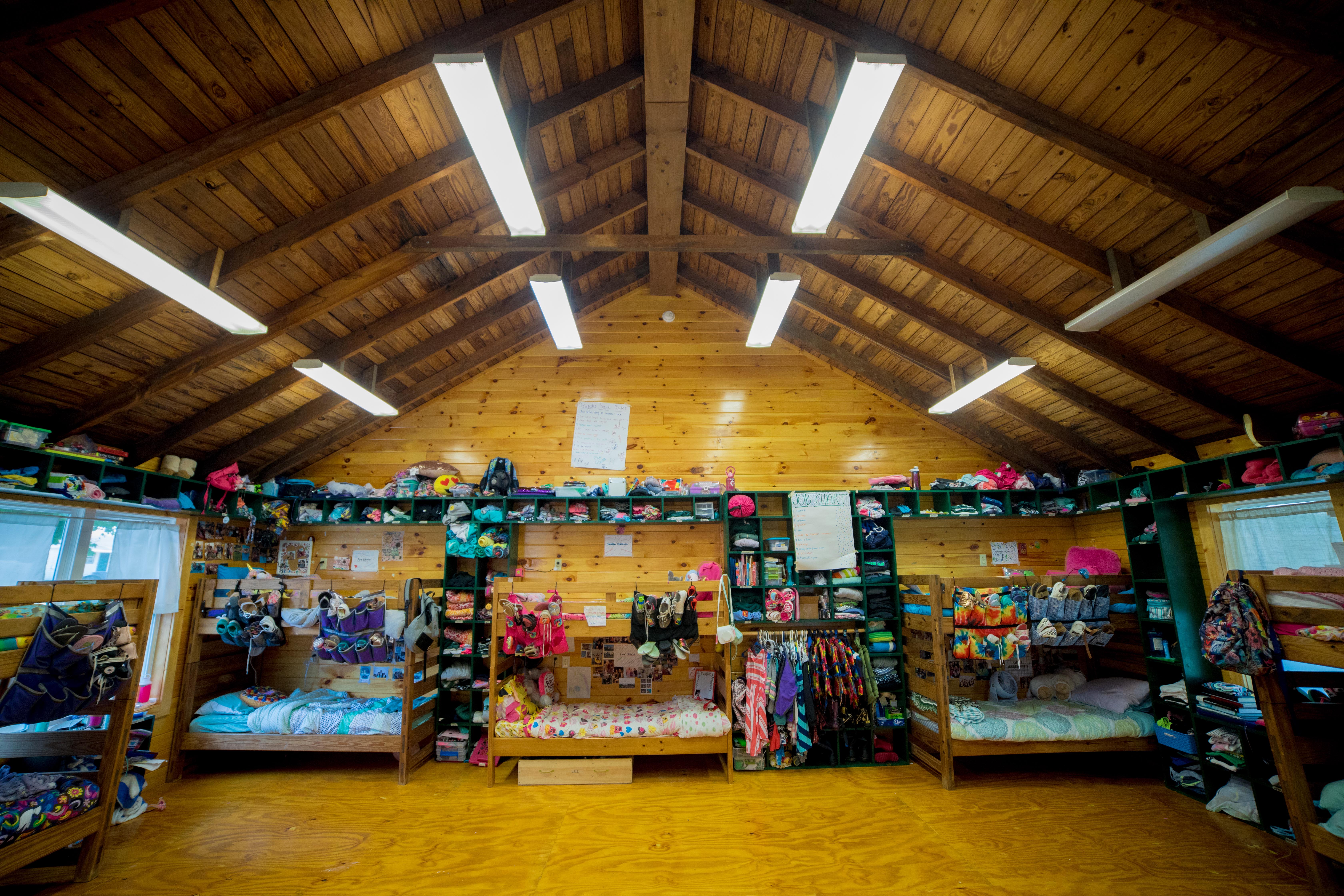 Bunks Are Good for Brains

Bunks Are Good for Brains: The Neuroscience of Sleepaway Camp

Tina Payne Bryson, PhD, is the co-author (with Dan Siegel) of the bestselling The Whole-Brain Child, which is now in seventeen languages. She’s a pediatric and adolescent psychotherapist who speaks to parents, educators, clinicians, and camp leadership all over the world. She is a school counselor and the child development director for Lantern Camps. Tina earned her PhD from the University of Southern California, where her research explored attachment science, childrearing theory, and the emerging field of interpersonal neurobiology. ACA sat down with her and asked her a few questions.

You’re known as someone who teaches parents and educators about the brain. Is that what you’ll talk about at the ACA conference?

It’s true that I spend most of my professional time talking to people about the brain. But it’s also true that I’m a mom of three boys, and I’ve become a huge proponent of the camp experience over the last few years as my boys have attended Camp Chippewa in Minnesota, and as I’ve visited with camp directors and counselors and learned more about the important and meaningful work they’re doing.

Put these two roles together — the brain lady and the mom who’s passionate about camp — and you get someone who can go on and on explaining to parents, mental health professionals, and anyone who will listen just why camp is so beneficial for the developing brains of kids. I’m quite excited about the tremendous consilience between what camps are doing, can be doing, and what we know about optimal brain development.

Tell us about the influence camp has on kids’ developing brains.

When I visit a camp and consult with the leadership team there, I usually have two main messages. Number one: Whether you know it or not, you’re significantly impacting the brains of the young people you work with every summer. In fact, it turns out that the things that build the brain and are best for kids’ development are also the very things that are important for running a successful camp with high camper and counselor retention and successful recruitment. And number two: If you know just a few basic facts about the brain, you can be even better at everything I just mentioned. Knowing just a little about the science of how the brain changes in response to experiences, particularly relational experiences, can help camps be even more successful — in all kinds of ways.

Your first point is that camp builds the brain?

Right. Bunks are good for brains. All the things that camps and parents say that camp does for kids — promoting independence, confidence, friendship-building, resilience, thriving, character, grit, etc. — these are undoubtedly real outcomes for kids who have quality camp experiences. But why do these outcomes occur? How do these changes happen in short periods of time, and then over years as well? How do we explain this?

The brain. I could go on and on about cutting-edge brain science and how it relates to the camp experience. For the sake of time, I’ll briefly introduce you to one part of the brain that’s responsible for these skills and character qualities, and show you how it relates to the good, meaningful work that goes on at camp.

I want to introduce you to the middle prefrontal cortex. It’s right behind the forehead and eye sockets and is the front-most part of the frontal lobe. It gives us the ability to do all kinds of important things: regulate our body and emotions, have insight into ourselves and others, feel empathy, communicate in an attuned way, bounce back after failure, adapt to new situations, make thoughtful choices, and overcome fear. That’s pretty much what’s needed for a successful life with good emotional and mental health, meaningful relationships, and the conscientiousness to make things happen in the world.

And camp can help develop that part of the brain?

Whether camps have thought about it in those terms or not, yes. And that’s the exciting part for the camp world: We don’t just influence kids’ minds and help them feel more confident. We actually change the structure of their brains.

Experience changes the brain. And yes, I mean the actual activation and wiring of the brain. Particularly when experiences are emotional, novel, and challenging, the repeated experiences kids have, alter the actual architecture of the brain. It’s like a muscle. When it’s used, it grows and strengthens. So, when kids have camp experiences that require them to overcome fear, be flexible, handle their emotions (especially away from their parents), be persistent to master something, build relationships, and so on, it builds this important part of the brain. And by the way, this can happen in even more significant ways when counselors are trained to handle emotional reactivity in campers in ways that reduce reactivity and promote resilience.

It’s so great that camps that are intentional about all facets of the camper experience and how they train their counselors already inherently provide the kinds of experiences that activate and build this “character” part of the brain. That’s why we can see significant changes in kids who have camp as part of their lives.

So you’re saying that camp aids in this development because of the challenges children face when they’re away from home?

Yes, that’s part of it, but it’s about much more than just the challenges, because kids have lots of challenges in their everyday lives as well. One thing that’s unique about camp experiences is that camp is usually fun, so kids are willing to work harder and tolerate more frustration and setbacks because they’re having a good time doing it, and they’re doing it in the context of relationship. They see their peers pushing through as well, and when staff is well trained, kids have mentors or counselors who are empathic about the struggle, but still encourage them to endure — pushing them to continue to learn and try. Then they face the frustrations and persist through the challenges. This is one way “grit” gets built in the brain.

So, camp experiences build the brain. What’s your second message?

The second is that knowing some of these basic facts about the brain can help directors and counselors be even more successful — both at helping develop great kids with the time they have them at camp, and at running a successful camp with high retention rates and happy campers and parents.

What can camps and camp directors do better?

First of all, even when camps are already doing some really fantastic things in terms of social, emotional, and character development, they often aren’t as savvy as they could be about communicating in their recruitment materials how their program and decisions are contributing to that development.

It’s about thoughtfully and strategically communicating to parents all the great stuff camp is doing for kids. Learning and using the language that child development experts know can make a big difference. With so many things vying for children’s time, most parents want much more than just fun or better tennis skills for their kids. They want to feel confident that their child’s time is spent in ways that lead to their child thriving and being successful.

Can you give us an example of how camp does this?

There are dozens of ways that camp traditions and activities make kids better people and help them develop specific skills, like sustained attention (archery and riflery), overcoming fear (in safe but challenging activities), and serving others (helping with kitchen duties). If a camp can speak the language to make those connections, they’ll attract more parental interest. Speaking this language also allows camp directors and leaders to clearly communicate to their staff each summer that there are more things going on than just the activity itself.

Yes. We want staff to keep in mind that in addition to skills such as sailing, counselors are also teaching kids about frustration management, flexibility, responsibility, etc. I love training the staff at Camp Chippewa each summer, and one of my main messages to the young counselors is always, “You’re doing more than just hanging out and keeping kids physically safe — you’re the relational safety net as well.”

This is the science of interpersonal neurobiology. When kids feel connected and protected, when their needs are predictably and sensitively responded to, it actually builds the middle prefrontal cortex that I talked about earlier. There’s a hierarchy that staff should understand. When kids feel safe (physically, socially, emotionally), their social engagement system and receptivity circuitry can turn on. As a result, they’re more willing to build friendships that make them want to come back. These friendships and counselor connections are a buffer against stress, homesickness, and struggles. And they build character skills. In the attachment literature, this is referred to as “a secure base,” and when kids feel secure, they are capable of moving toward independence and are better able to make friends.

So camps must create a culture and community of safety and connection. When they provide this kind of relational connection, they become the kinds of places kids want to return to summer after summer and that parents want to keep sending their kids to.

Right. And there are all kinds of ways to foster this kind of relational environment through programmatic decisions. This is a lot of what Michael Thompson, the founder of Lantern Camps, and I are doing through Lantern Camps, where we visit camps and evaluate their programs, helping them not only provide better training for staff, and more intentional experiences for kids, but also communicate these important ideas to their staff and to parents in their recruitment materials.

Aren’t camps already doing a lot of this?

Yes. The good ones are. Like I said, I am already a believer that camp can be a magical, transformative place for a child. In fact, I expect that down the road, when I think about the top experiences that made the biggest difference in who my boys turn out to be, going to Camp Chippewa will be on that list.

What I’m saying, though, is that many camps — and often, even good camps — can do even better at being intentional about what they want to accomplish. We’re talking about honoring tradition and what’s working great, while also evolving, refining, and being more intentional.

Sometimes, a camp’s automatic and unexamined ways of doing things aren’t the most effective strategies — for dealing with homesickness, or difficult personalities, or emotional meltdowns, or whatever — and they’re not optimal in terms of what the science tells us about child development. Many camps are still doing a lot of what doesn’t work very well, which leaves kids feeling disconnected. As a result, they have a negative experience and don’t want to come back. I try to teach staff the same things I tell parents in my office and teachers at the schools I visit. I try to help them learn how to decrease emotional reactivity and get kids quickly back to a place of feeling adaptive, stable, connected, and receptive to having fun.

I’ll say again, camps impact kids — and their brains — in hugely positive ways. Bunks are good for brains. After all, it’s an experience that changes the brain. So when kids have experiences that challenge them emotionally, when they’re given opportunities to make friends that are outside their typical circles, when they have to keep working at a skill to achieve mastery — these are the kinds of experiences that change the connections in the brain regarding kids’ capacity for persistence, how they see themselves, and how healthy they can be, both emotionally and relationally.

You can learn more about Tina and her work at www.TinaBryson.com.